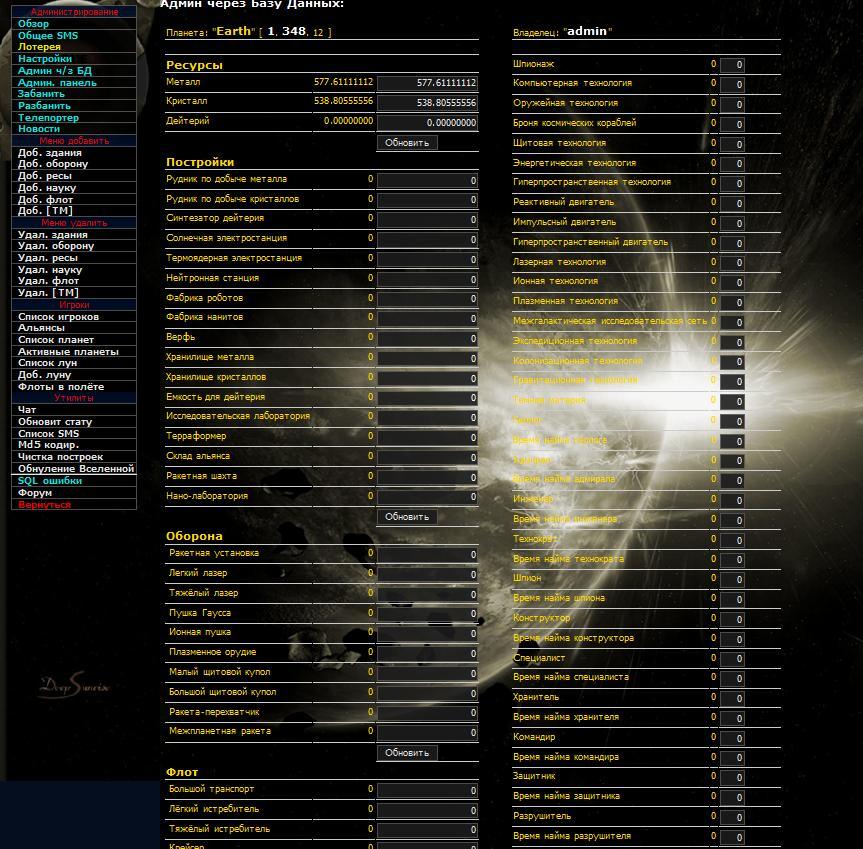 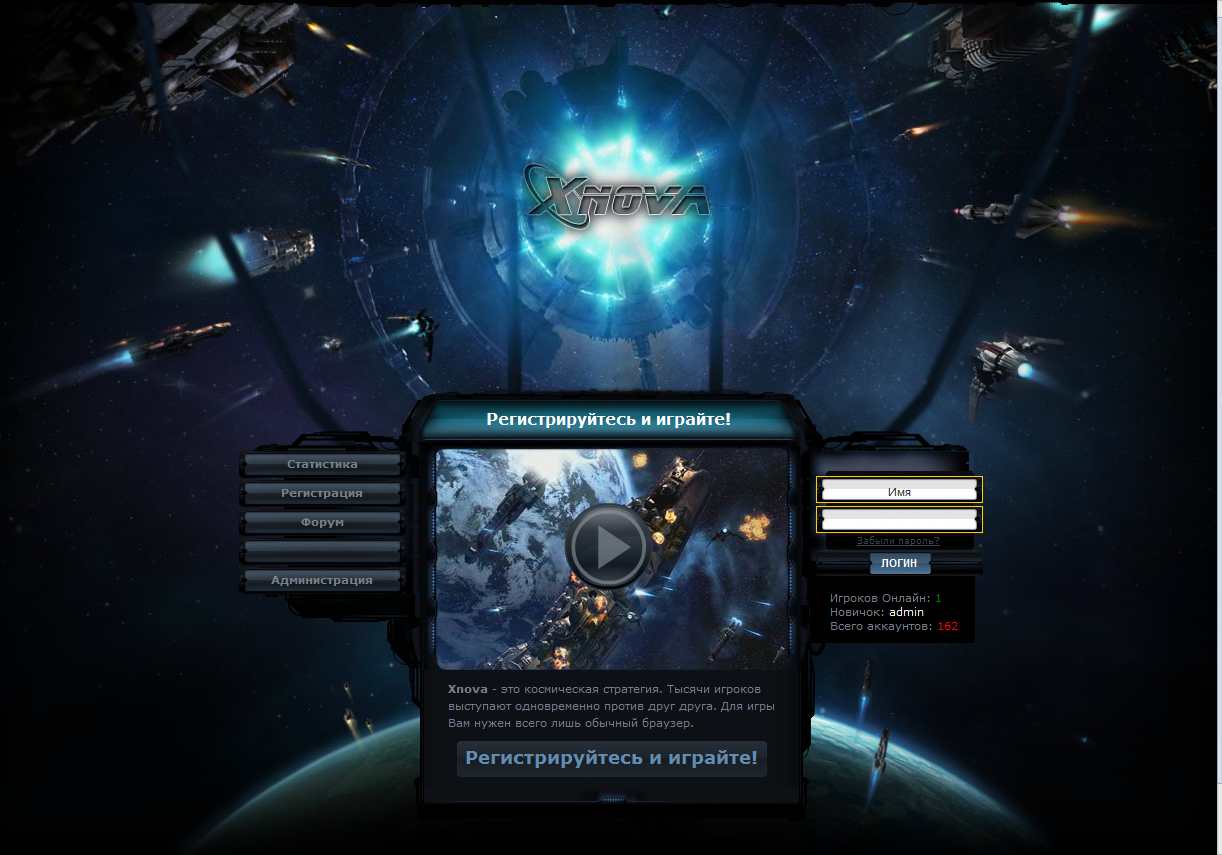 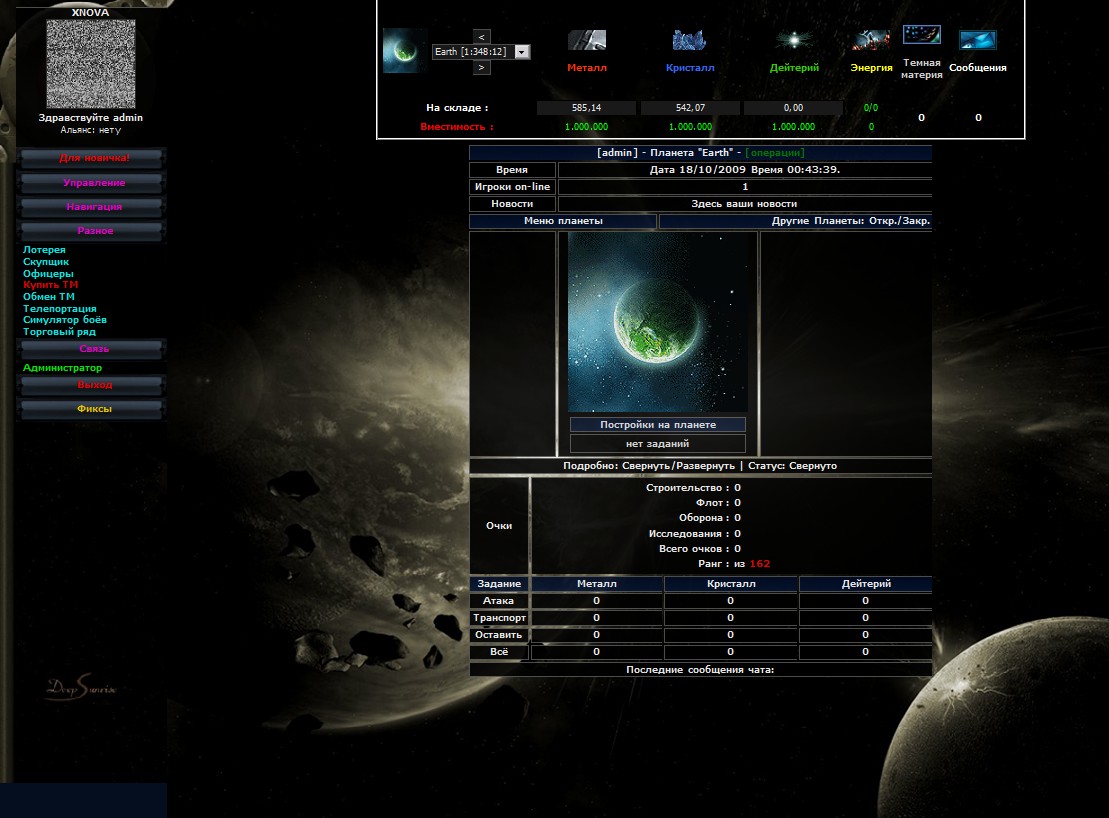 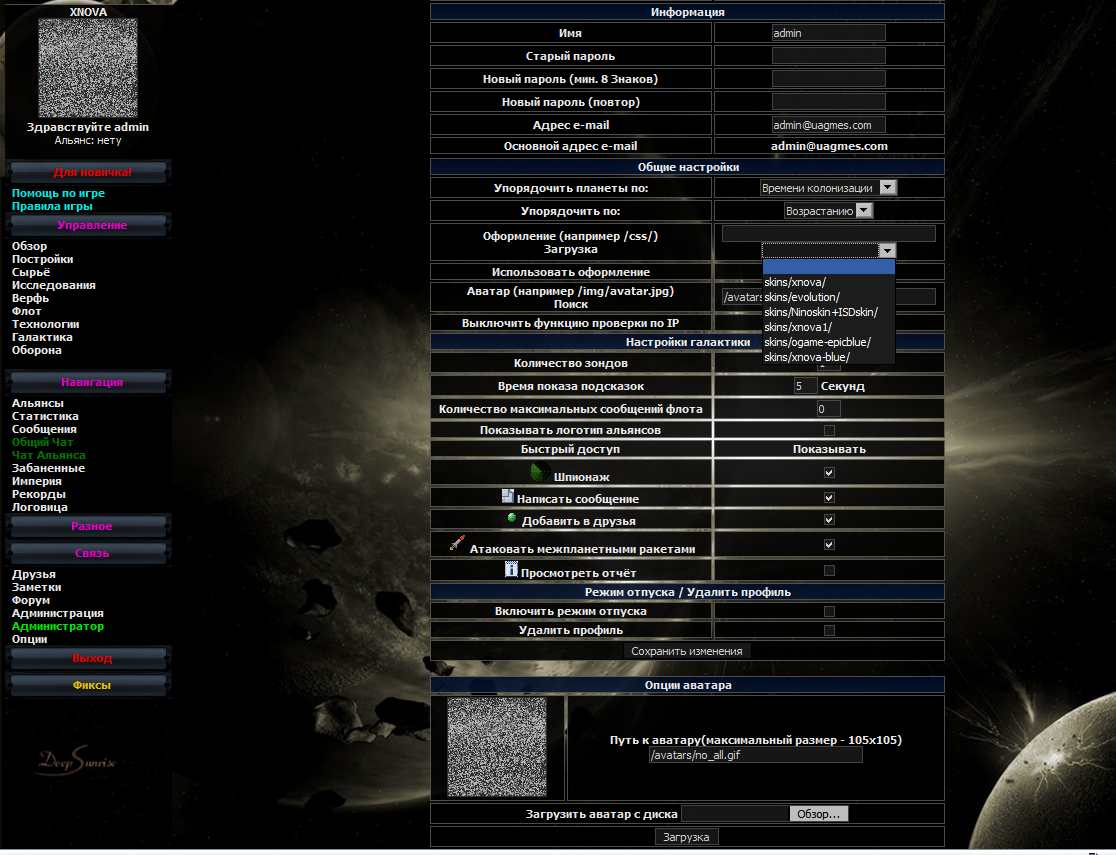 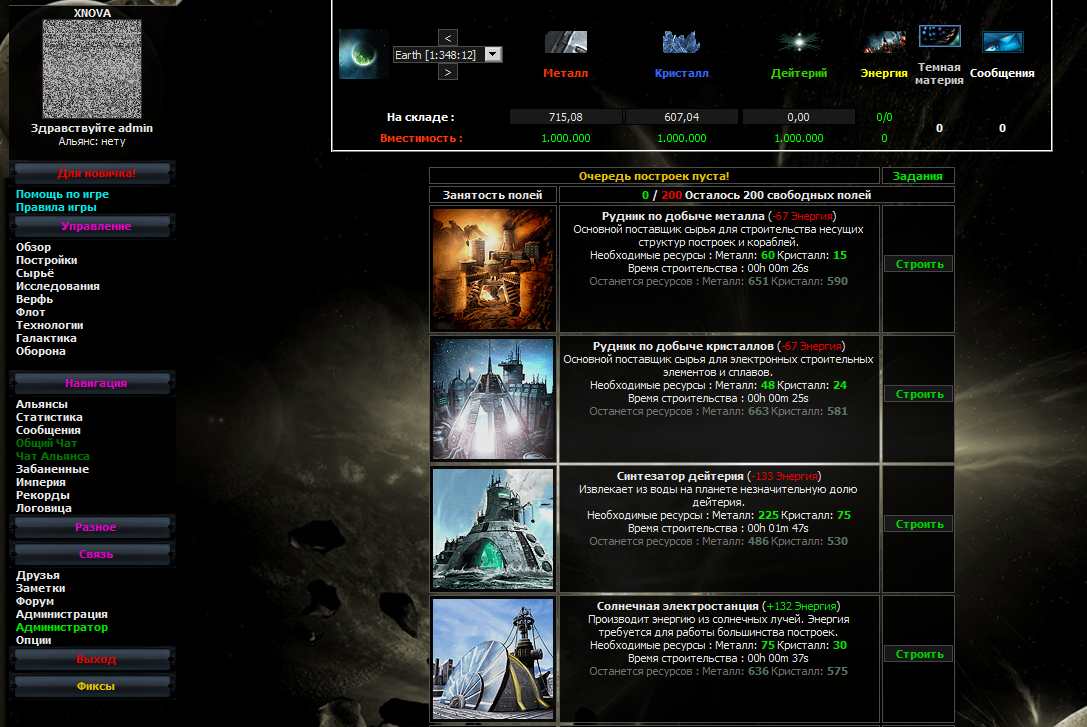 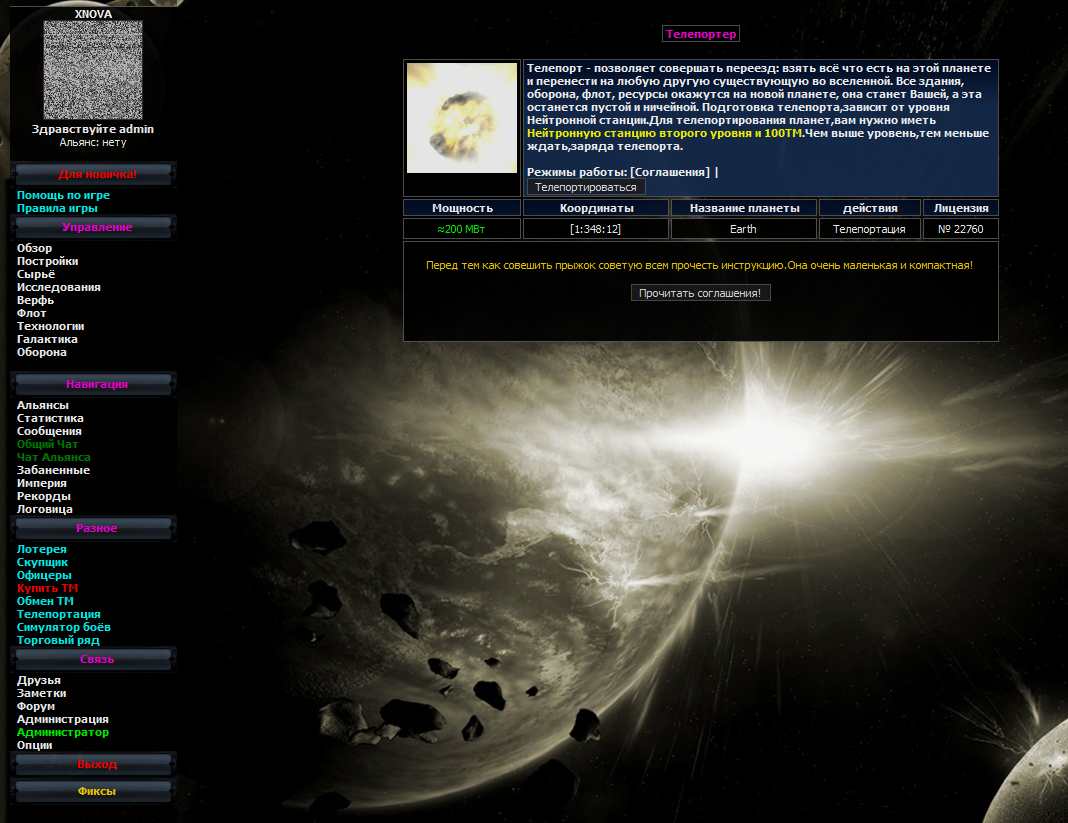 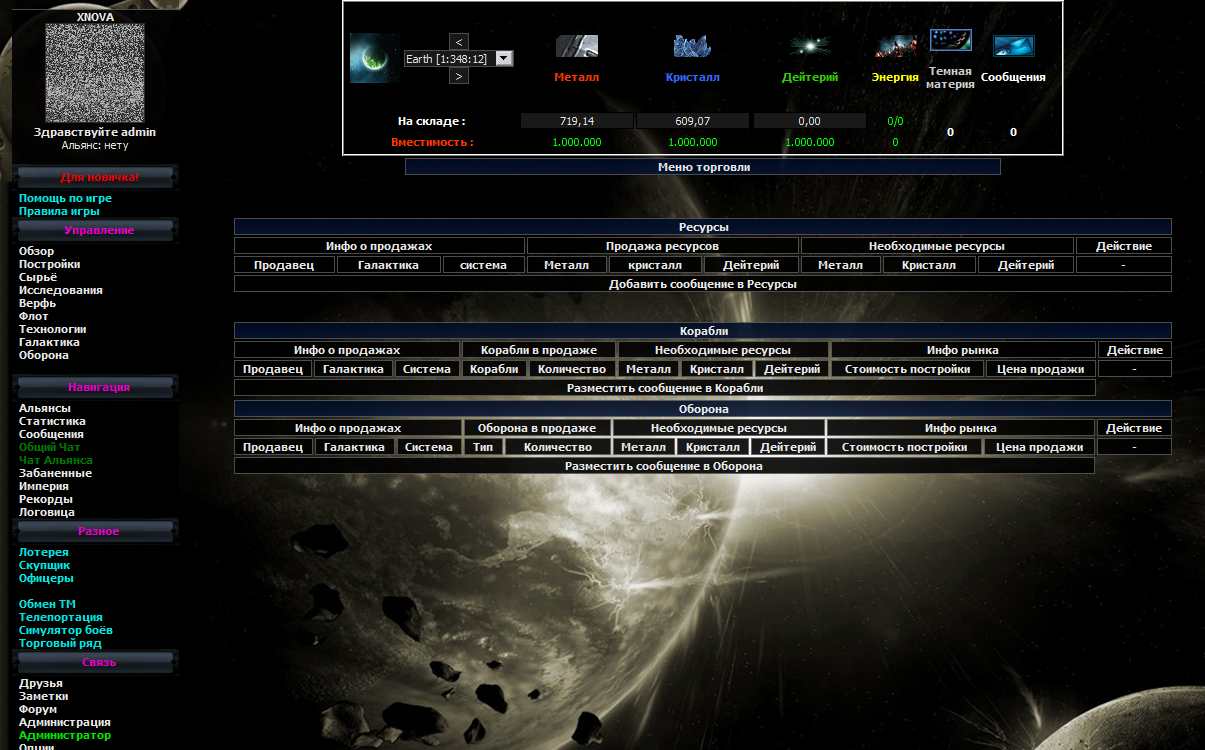 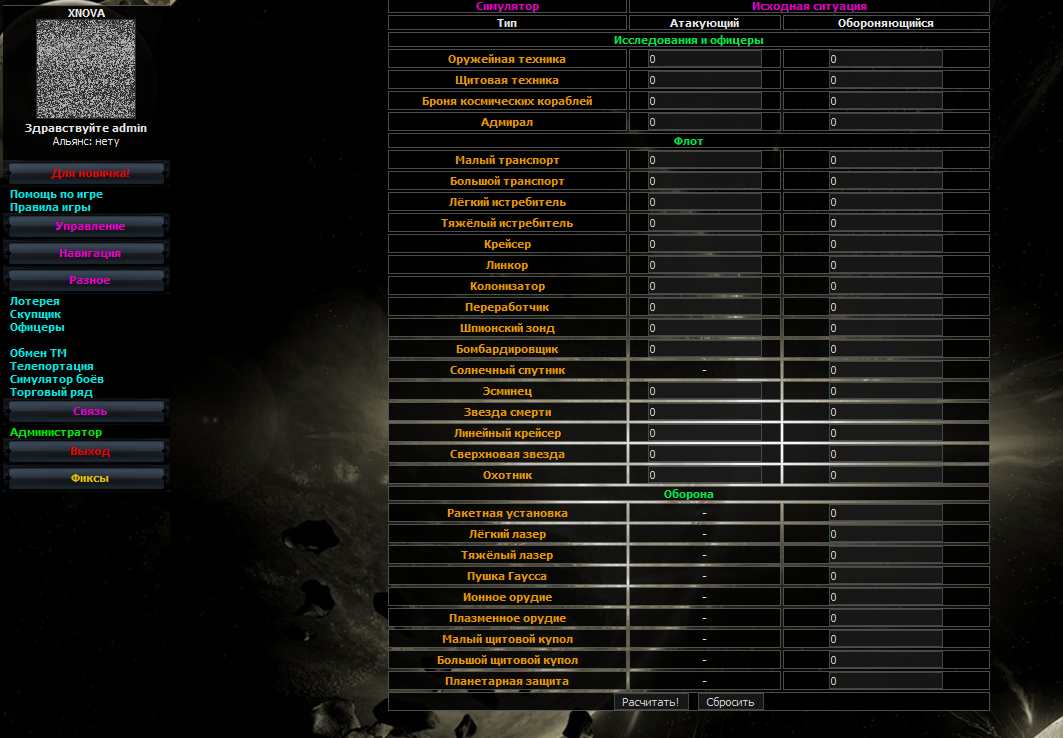 STARICHOK information about the seller and his items
offlineAsk a question

In our assembly fixed over 400 bugs, made a surprising number of mods performed, a full analysis of scripts and rewrite the query to the database, which resulted in a load reduction of 15-20%, introduced a system of highways for certain chitov.Polnostyu closed all ways nakrutok and deceptions skripta.Nakonets the sub completely rewritten, just rewrite it logika.V general we have worked very well on this skriptom.Skript tested for six months, with online 60-80 chelovek.Byli corrected all the mistakes that were predyavleno players.
Look at the script itself can follow the link http://uagmes.com
Bug reports
The list of changes and additions
UPDATE 15.03.10:
added casino events.
UPDATE 02.12.10:
- Fixed the construction of buildings in the fleet menu (frames)
- Fixed bug with doubling of resources for buying through the market (owners moons)
- Added new transport ship
- Added tutorial
- Fixed a bug with messages
- Fixed an issue with transport ship
- The prohibition of sending a spy expedition
- Spend a powerful optimization (Motor has been tested on 300 online)
(The rest is forgotten)
UPDATE 07.11.09:
Fixed a bug with the ghost of the moon
Fixed a bug with the sale of fleet defense weapon (check for shield canopies, etc.)
-New Level of optimization
-Enter The minimum facilities and the construction of the fleet (specified in the config file)
UPDATE 06.11.09:
- Fixed a bug with the colonizer
- Fixed factory nanitok (infinite fleet)
- Fixed bug with sending processors and spies from the galaxy (not filmed deuterium)
UPDATE 04.11.09:
-Fixed All buildings
-Fixed ISI (now 100%)
Fixed a bug when canceling saba
Fixed a cheat (Sql Injection) accruing any kollichestva resources through scripts markets
Fixed a display issue of the planets in the galaxy
-Fixed A 100% forwarding technology
-Fixed Bugs with MNR
0.9sp4 (v1) Fixes:
- Enter the exchange office of dark matter on the resources;
- Correction of minor bugs (size avatars, etc);
- Fully corrected colonization technology;
- Completely fixed forwarding technology;
- The prohibition of building ships and defense, while improving the shipyards;
- Redesigned main menu and review;
- Cancellation protection novices when they are not active 7 days;
- Added ability to change skins;
0.9sp4 Corrections:
- Fixed all minor tweaks, revised and corrected completely SAB
- Implemented SAB - Alyansovogo Combat System;
- Enhanced menu to create the SAB;
- Improved menu design creation SAB;
- Set limits on the length of the names of Saba;
- In the name of Saban prohibited not valid characters;
- Re-create the SAB to the same fleet is not possible;
- Has invited guest player in the SAB is not possible;
- If you have enabled notification of the arrival of fleets while returning from Saba in the "From" will be indicated as "joint attack";
- After a joint attack or Hold all participants come battle reports;
- Fixed the display of coordinates of all hold fleets;
- During registration to indicate not valid characters in the name of the planet is not possible;
- Fixed the fleets response time to Saba;
- When joining the fleet next time in the SAB will be common to all the fleets;
- A joint attack will be determined by the most recent fleet arrives, which enables braking fleets;
- All fleets flying in one Saba will be visible in the review;
- Aliens fleets flying in your review in Saba will be visible to you as strangers, but color as their fleets;
- Aliens fleets in your survey will have its color;
- SAB menu will indicate the time before the attack (joint);
- Created by the SAB will be specified to select the menu when selecting a coordinate fleet by clicking on the name of which will be prescribed coordinate themselves and will be able to select the job joint attack;
- Improved time display in Review fly