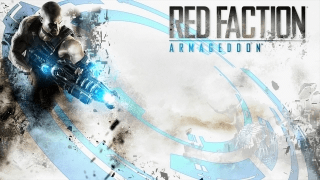 Uploaded: 17.11.2019
Content: 1.txt 0,04 kB
Loyalty discount! If the total amount of your purchases from the seller SOFT-KLUB more than:
If you want to know your discount rate, please provide your email:


ATTENTION! The key CANNOT be activated in Origin.

The game "Red Faction: Armageddon" takes place fifty years after the end of the events of the third part of the shooter - "Red Faction: Guerrilla". The regulatory climate of Mars (all events take place here) the terraformer was put out of action, which led to severe climate changes, and forced humanity to leave the surface of the red planet and go underground. After some time, the colonists managed to create a wide network of underground communications, where people continued their lives.
The main character of the game is Alec Mason´s grandson - Darius Mason, who lives in the Bastion - one of the underground centers of the colonists. Darius is engaged in very dangerous work - raids on the destroyed surface of Mars. Once, while exploring the Temple of the Marauders, he stumbles upon a secret mine, which entails the awakening of the forces of evil. The life and tranquility of the Martian colonists are from this moment under great threat. Only Darius himself, together with the Red Brigade, can ward off danger from them, destroying all enemies!

Game Features:
- Martian hell. Use the destructive power of the nanoscale forge and stop the alien Armageddon.
- Geo-Mod 2.0. The environment and the most realistic damage model in the world are your best weapon.
- "Infection" mode. Join forces with one, two or three friends over the Internet and repel a fierce attack from an alien horde.