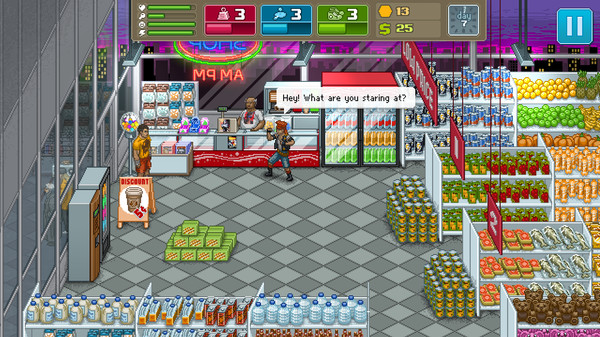 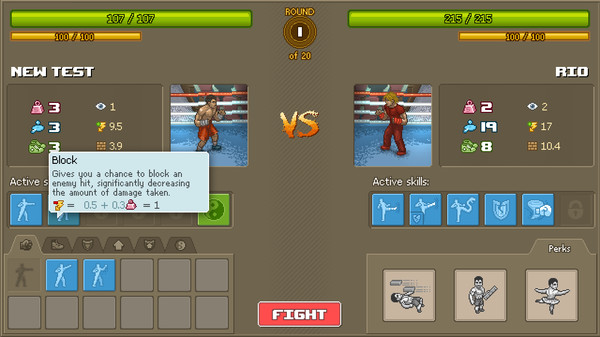 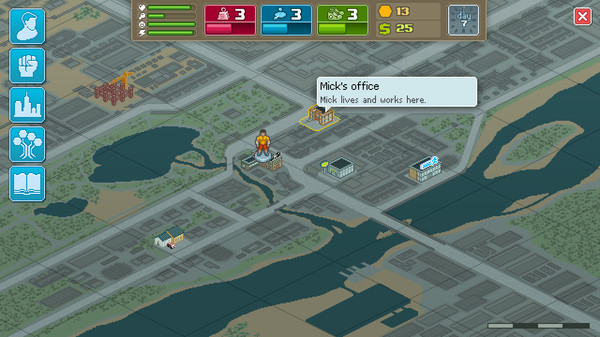 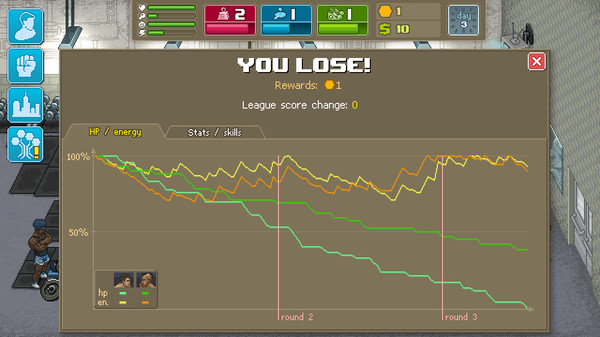 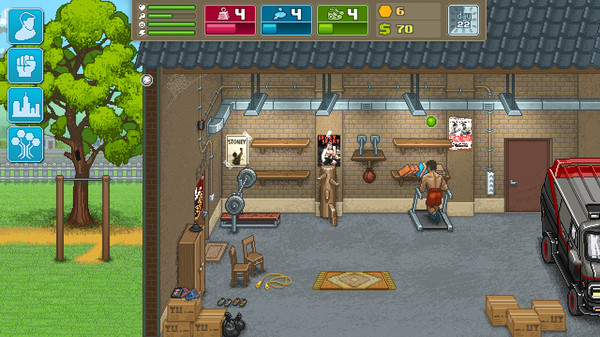 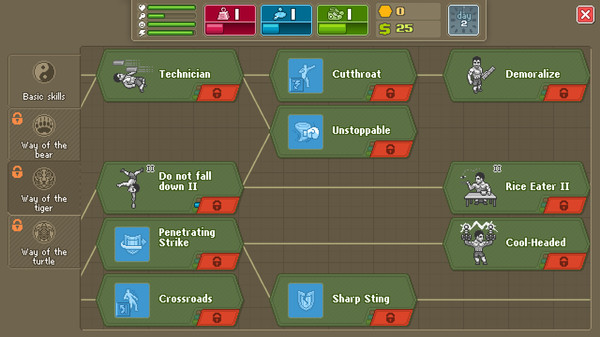 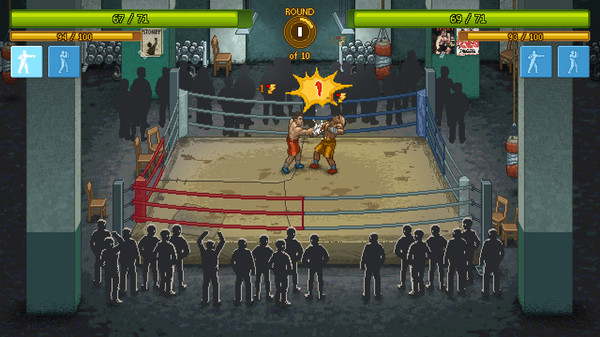 As a child, you witnessed the bloody murder of your father and was separated from your brother. You promised the dying father that you could stand up for yourself! Now you have to train hard, eat steaks and work your way to the top of your fighting career with your fists. And of course, find the murderer of his father and revenge.

Punch Club is a street fighter manager, in which you yourself choose the path that you will take to your cherished goal. Along the way, discovering all the twists and turns of the plot in the best traditions of the militants of the 80-90s.

It depends only on you what style of combat and tactics you will adopt. Will you follow the Path of the Tiger, or go on a long journey of a follower of the Style of the Turtle, or maybe you decide to combine all possible schools. The choice is yours. But do not forget that a fighter is not only a fighting style, but also a beautiful physical form. Run, press the barbell, work with a pear and, of course, do not forget to fortify yourself in time!

Any decision will have consequences. Be a good guy or bad? Buy steak or pizza? Go to work left to the head or laze with a friend? To beat the ninja crocodiles or to play in a film about aliens? You decide! And do not forget that it would be good to devote time to your girlfriend ...

- Management / street fighter sim with RPG and Tycoon elements
- Find your father´s killer, and maybe even learn something new about yourself.
- Deep plot with several forks and multiple endings
- Download stats, learn new techniques and learn 4 branches of skills
- Cool pixelart with a large number of references to films and games of the 80-90s.

A. Bogachev Yu DUBYAGIN SCHOOL SURVIVAL OR 56 WAYS TO PROTECT CHILDREN FROM CRIME