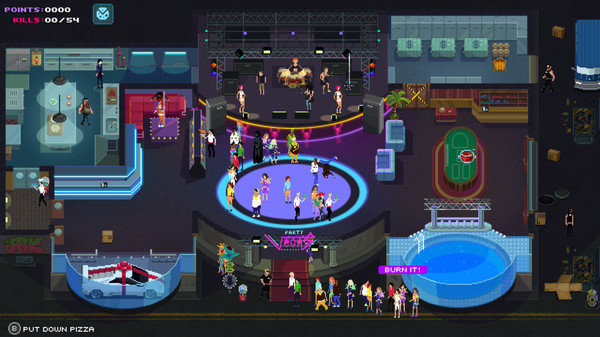 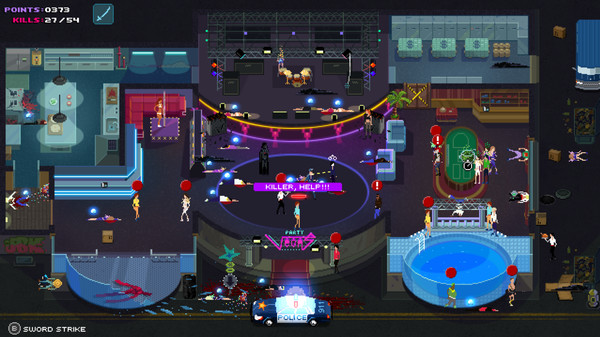 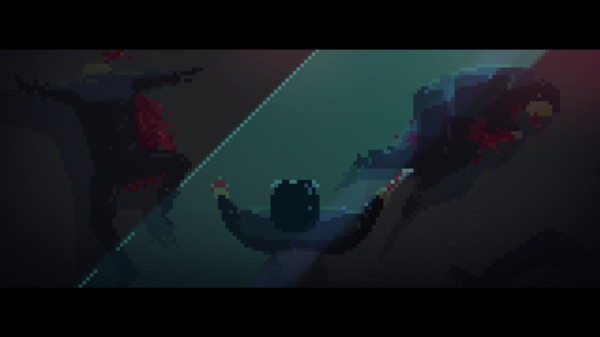 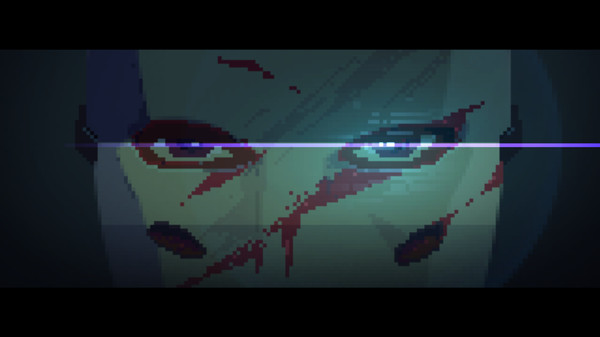 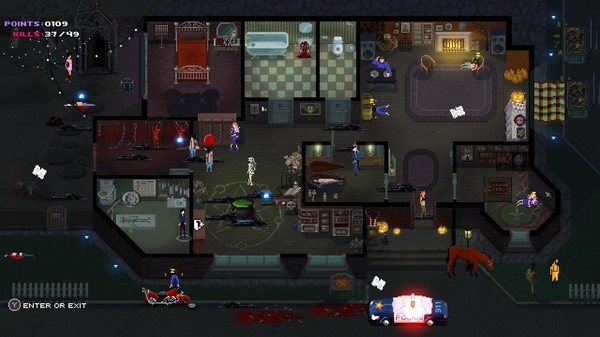 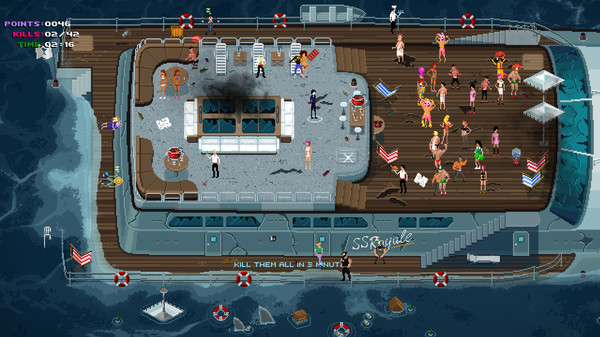 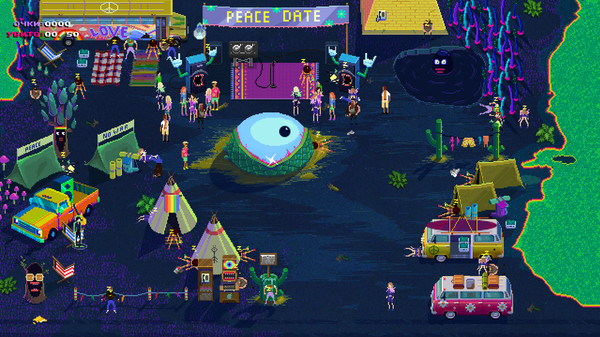 In Party Hard, you play to those who are really tired of their noisy neighbors who come off at a party all night. Instead of calling the cops, you decided to just kill them all - using your knife and other means at hand. You will perform a series of murders at many parties in the United States.

Party Hard generates levels and conditions, stimulating the search for different ways to kill. In the best traditions of secret operations, the main goal is not to fall, grabbing another unsuspecting victim. We mix with the crowd, and we dance as if nothing had happened.

- (not) a serious story about serial murders in the USA
- levels with randomly generated objects
- use traps, explode bombs, become a ninja!
- several characters that significantly change the gameplay
- special random events - a bear can come to you and kill everyone for you
- call SWAT, police, doctors, firefighters, special agents - they will help you to spoil the party!