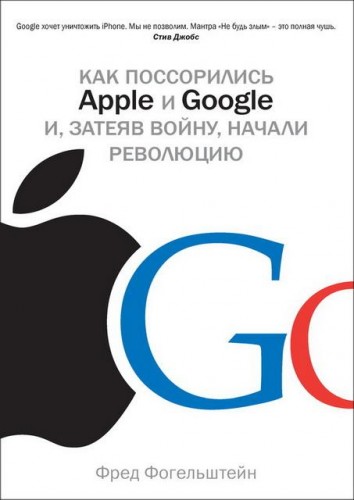 THE_BEST information about the seller and his items
offlineAsk a question

The book you hold in your hands is not just another success story. It is an emotional narrative of drama comparable to the adventure novel of friendship, has passed through a series of betrayals and overgrown in the ideological and principled hostility. There were times when Google founders considered the creator of Apple as their teacher and inspirer. There was a time when Google and Apple together against colossus Microsoft.

The book is read not as a documentary history or scientific work, but as a work of art, filled with a variety of little-known details. This is the story of who will control the contents of our phones and laptops, the story about the future of the media, the media and thousands of careers in Silicon Valley, New York, Hollywood and around the world.
Format: fb2
Size: 1MB

Related to item "F. Vogelstein, quarreled As Apple and Google":